The WND Wind Duo 3200 Glow is a slim phone measuring at 11.3mm thickness. Stylish in design and includes a few good features similar to that of smart phones. This handset is based on the MT6225 chipset which sports Dual SIM, Touchscreen and it’s a Tri-Band. The handset has 2.4 inch TFT screen that holds up to 262 thousand colors and an onscreen resolution of 240 X 320 pixels.

The handset comes with a 1.3 mega pixel camera with a 3x digital zoom feature. You will not find a Flash in the camera, so just don’t expect the same vibrancy as in smart phones. One of the things I liked in this phones was that the phone’s built in camera can be used as a web-cam, which is pretty handy. 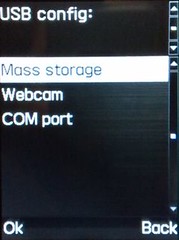 However the WND Wind Duo 3200 Glow is good looking mobile phone that can give you entertainment in the form of music and video. You can be able to enjoy your travel this cell phone by downloading MP3/AAC+ music files from your computer. You can also watch videos; it supports MPEG4 and H.263 video formats. Don’t worry about battery drainage, it can last for almost a day with it’s 900mAh power that supports constant music listening. Mind you it also has a basic FM Radio. To use the Radio you need to plug-in the headset to WND proprietary port, which you will be using to charge as well as connect to a PC.

I’ve been using the Wind Duo 3200 Glow as my primary phone for the last 10 days or so. But I have to admit that I also been carrying my Nokia N82 for capturing photo’s and Tweeting and for checking my e-mails. So basically I was using the Wind Duo for calls only and the battery lasted for roughly 4 days. 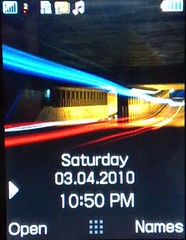 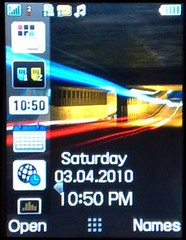 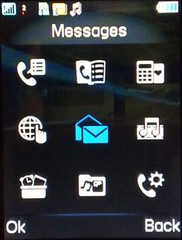 In standby mode you will find a small arrow sitting on the bottom left hand corner of the screen, by touching it a bar will slide out containing a set of shortcuts. The Wind Duo 3200 Glow was kind of easy to use and intuitive, maybe beacause it has somewhat similar GUI to Nokia’s S40.

Generally when I am outdoor I carry the phone in my hand, not to show off 😉 because I do miss alot of calls if its in my pocket, but I was able to carry the Wind Duo 3200 Glow. What um trying to say is the sound is loud enough compared to Nokia phones, as well as the hands free speakers.

I was only able to browse couple of WAP sites after setting the GPRS settings manually, and being not able to install java apps such as Opera MINI, makes this phone useless in terms of Internet browsing. And also dissapointed with a keypad of the phone, which is a bit hard and get a ‘cheapy’ sound when pressing a key.

I think the touchscreen is reasonably sensitive, as long as you keep the screen calibrated and clean from greasy finger marks. 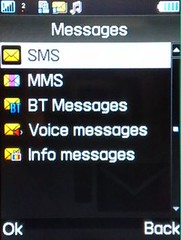 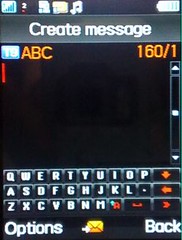 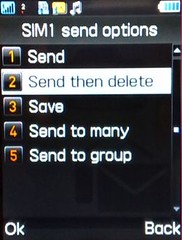 Sending SMS is pretty streight forward, but I was bit taken over by the ‘Send then delete’ option. Another feature which I liked is the ‘Black List’ where you can block calls from particular phone numbers. You will not find this feature in most of the smartphones as an built-in feature.

VERDICT: This handset is good for a NorMob (Normal Mobile User) who basically looking for a stylish slim phone.