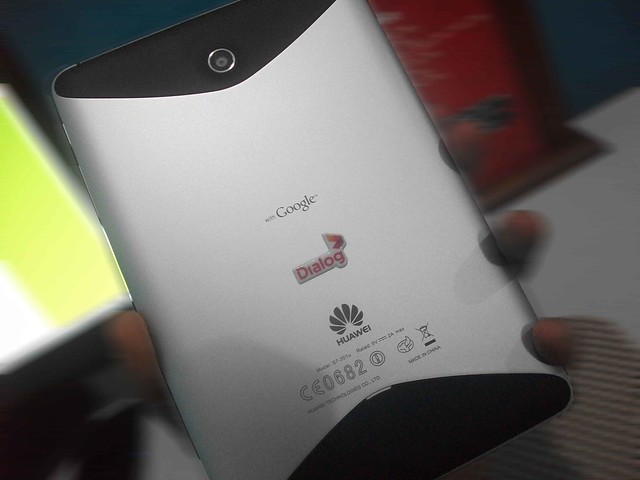 The end of cheap China?

When I say made in China, what’s the first thing that comes to your mind? Cheap and lousy products? That’s how I use to think, but not any more, after having my hand on the Huawei MediaPad. The anodised aluminium body give it a premium look and feel.

I have planned to write a series of blog post on pros and cons of the MediaPad’s hardware, design and the UI. Therefore I will not run into details in this post. And also I will take this opportunity to mention that I was the lucky winner of this brand new Huawei MediaPad from Dialog.

I’ve been using this slate for around three weeks now, and with no hesitation I would say it meets the high standard which you expect from a high end tablet. Applications runs smooth and loads fast, the native web browser is excellent, and as a result I have not installed any third party browser, which I have done with my GalaxyS.

If um not mistaken, MediaPad is the world’s first 7-inch tablet running Android Honeycomb.  The slate has a 800×1232 resolution IPS (In-Plane Switching) screen, which is used in Apples new devices. This technologies tend to have wider viewing angles, especially in the vertical direction. And I should say the display quality of this device is marvelous. It is mensioned in the specs that it has a dual-core 1.2GHz processor, but when I checked the system information via the Quadrant, it says it has a only one core and 1188MHz frequency. The device has a 5 megapixel main camera, and a 1.3MP front facing variant. It also has one mini USB, a mini HDMI, and a standard 3.5″ headphone socket. I am bit dissapointed to note that it does not have USB charging capabilities, since I heavily rely on USB charging, it’s very convinient when you are on the move. Other note worthy features are, the 8GB internal storage and support for 32GB microSD cards, and full HD 1080p video playback capabilities. 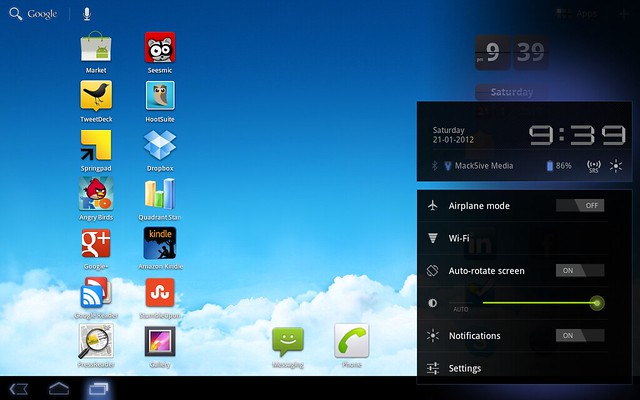 Out of the box, the Huawei MediaPad or any other tablets do not have dialing or text messaging (SMS) capabilities. And that was the only hurdle from me using this device as ma primery communication device, and of course the size compared to my GalaxyS. But I was willing to compromise on the size,  since It’s large enough to make web browsing, Tweeting and Facebook(ing) much more pleasurable than on a mobile phone, and yet small enough to be portable – which 10.1in tablets arguably are not. And for my luck, yesterday I came across an app which enables you to make and receive voice calls from your SIM, and also messaging. Yep! those two icons in the middle of the screen, that’s the one. I will be doing a post on how to install HuaweiMediaPadPhone.apk shortly.

Now um evaluating the possibilities of getting Dialog’s Twin SIM, whereby I can carry either my handset or the MediaPad where ever I go with one number.