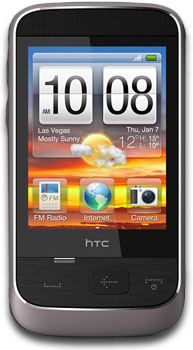 With the smartphone competition heating up, there’s one platform that’s gone largely overlooked – BREW. Now, the HTC Smart is launching in India, which is one of the fastest growing mobile phone markets.

The HTC Smart, which was announced this January, is based on Qualcomm’s BREW platform and with a bit of fairy dust form HTC. The handset boasts Sense UI, which includes widgets, Friend Stream and all the other goodies that come with the package.

In hardware terms, the HTC Smart is pretty much equivalent to the HTC Touch2. It brings 3G connectivity with HDSPA plus the usual quad-band GSM/GPRS/EDGE, a 2.8″ QVGA touchscreen, a 3MP camera, microSD slot and a 3.5mm audio jack.

The HTC Smart will launch exclusively on Bharti Airtel. It will be available in Bharti Airtel shops and authorized HTC resellers in the top 30 cities in the country for Rs 9,990.00 (165 euro).